Easy pasta sauce – How to prepare an amazing oriental pasta

The post is about how to make an easy pasta sauce, but not the conventional sauce with tomato, cheese, and milk.

I want to serve the sauce in my cafe with a ‘wow’ factor, which intends to give a pleasant surprise my customers.

For sure, it was an uphill task to find one among thousands of pasta sauces recipes in the cookbooks, internet and serves in restaurants.

So I turn to sauces for Chinese noodles, looking for inspirations and idea.

The search narrowed down to a bowl of minced meat noodle I ate at Esquire Kitchen, a renowned Northern China restaurant in town. I was hooked by the dazzling arrays of Northern Chinese and Szechuan food, like Mapo Tofu and Kung Pao chicken. The flavor of Sichuan peppercorn, doubanjiang (fermented broad bean paste) and soybean paste offer a new dimension of flavor to my humble palate. Among all the delicious food, the noodle topped with minced meat resembles bolognese sauce caught my eye and tantalized my palate with its distinctive flavor and presentation.

What the fried sauce noodles attract me is the taste and presentation, which is miles different from the wonton noodles.

I think I have found the answer with this unique flavor and ingredients that rarely experienced in the western world.

The experiment began shortly in my kitchen, testing a various combination of ingredients round-the-clock.

Finally, I have perfected the recipe which is ideal for any pasta. The flavor is so unique and intense that it is the best rich source I ever tasted.

The sauce is created with some improvisation on the Chinese noodles from northern China called ‘fried sauce noodles’ (also known as Zhajiangmian 炸酱面 /minced pork noodles). This sauce is so intense and flavorful that you only need a small amount of it to finish eating a large bowl of noodles.

The extraordinary noodles sauce with an unusual name

The easy pasta sauce has a strong oriental flavor. It is improvised from a noodles sauce called Zhajiangmian, which is a phonetic translation of three Chinese character 炸酱面.

It means fried sauce noodles. Fried sauce noodles are quintessential street food in Beijing. Other regions adapt the original formula to cater for the locals. The main different lies on the bean pastes, with various level of spiciness and different beans and their combinations.

The authentic Beijing sauce includes only yellow soybean paste with some regions substitute it with a part of sweet bean sauce. Szechuan style fried sauce noodles use broad bean sauce and chili paste for additional spiciness.

In addition to the Chinese version, There is also a Korean version of fried sauce noodles. It is quite similar to the Chinese noodles counterparts, called Jajangmyeon. Jajangmyeon was introduced to Korean by the Chinese merchants, but the flavor has evolved to suit the taste buds of the Koreans.

So I thought why not create a pasta version. After all, it looks like bolognese sauce, which should be quite receptive internationally rather than introducing the original recipe with a peculiar name do not understand by the non-Chinese.

What is so special about this oriental minced meat sauce

Pick up this recipe and cook up a storm in your kitchen. Let’s see if this is what you are looking for.

The main ingredients of my ultimate easy pasta sauce

This easy pasta sauce is by no means only aesthetically pleasant, but packed with strong savory flavor. My regular customers, friends and family members have attested and approved it. It will be included in the menu of my cafe next month.

Naturally, it is different from the original Beijing style, but the gastronomes among the diners who endorsed it mean that it is something that you will regret not trying.

Below are the ingredients specifically for Chinese cooking, which I use to create this easy pasta sauce recipe.

Note: This post may contain affiliate links. Please read my disclosure for more into. I may receive commissions for purchases made through links in this post.

This item may sound unusual to the non-Chinese. If you have a negative impression of it, think of cheese which is fermented. It has a strong savory taste, which means a small amount will go a long way. Although it is called fermented soybean paste, it also named as just bean paste, yellow soybean paste, and taucu.

Doubanjiang is the name of the broad bean paste widely used in Szechuan cuisine. It is also called Toban Djan, or chili bean paste. The sauce contains salted chili pepper, soybean, and broad bean. The combination of doubanjiang and fermented soybean paste provide a more wholesome flavor to the sauce.

Dried chili paste is easily available in Malaysia, where I live. I use this paste in the recipe to add the hotness to the sauce. You may want to adjust the amount of chili to suit your palate.

Dried chili paste is also called chili boh and chili giling in Malaysia. It is made by boiling the dried chili until the pungent raw flavor is released. After that, blend the dry chili into a paste with some salt and oil. You can use chili powder as the substitute if it is not available.

This plum sauce is not the same of the freshly blended plum. The sauce contains plum, vinegar, sugar, and maltose. It has thick texture due to the maltose and is perfect for making thick sweet and sour sauces. Therefore, please look for this type of plum sauce for my recipe.

What you need to know before you prepare the sauce

Take a few moments to read the notes below before making this easy pasta sauce.

Other recipes with this easy pasta sauce:

The easy pasta sauce is a very adaptive recipe. There are three popular variations you can create with this sauce in addition as the topping of pasta.

1. Marinate 300g of chicken breast (cut into large chunks) with one egg white, one teaspoon of salt, one teaspoon of light soy sauce, a dash of ground white pepper and a tablespoon of water for 30 minutes.

2. Heat up a tablespoon of vegetable oil in a wok, add two big tablespoons of the sauce and stir-fry some onions and capsicums pieces until aromatic.

3. Add the marinated chicken and stir-fried until the chicken pieces are cooked. Dish up.

This dish is an ordinary home-cooked food among the Chinese. The bitter gourd is stuffed with minced pork, pan fried and topped with the sauce in this recipe. Obviously, you may just want to constitute the sauce minus the mince meat. You can find the recipe in this article, Malaysian Chinese recipe.

1. Steam any fish of your choice. You can follow the step to steam an excellent fish in this post.

2. Pour the sauce over the fish. Garnish with coriander leaves and chili rings. Served hot with steamed rice. 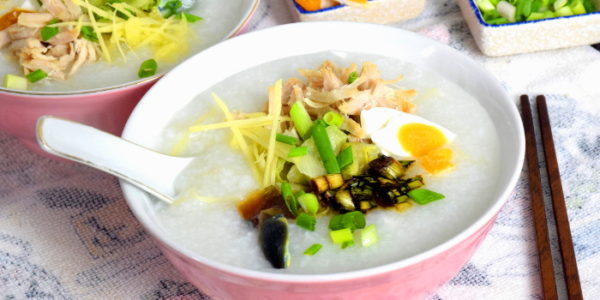 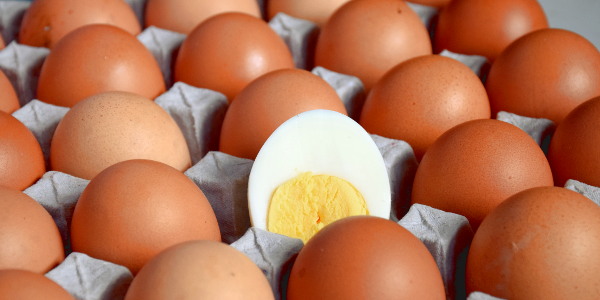 Next →
How to cook the perfect hard boiled eggs
Click here to cancel reply.

wow this look very good I like how you used all of the different ingredients like ginger and chili paste.

Hi Alex, Thank you. Give it a try, and I hope you will like it.

Hi Mr Kwan This sauce looks delicious .. am definitely going to make it. Like you said, I'm going to substitute the chili paste with chili powder as I can't find chili paste here in Sydney. Sally Mak

The sauce is nice, and best of all is easy to prepare. Use dry chili instead :)

Hi, this is KP Kwan. I am happy to see you at this comment area, as you have read through my recipe. I am happy to reply any questions and comments as soon as possible.