Japanese milk bread- How to make the softest, lightest and fluffiest bread ever

In this post, I will show you the softest, lightest and fluffiest Japanese milk bread recipe.

You may wonder, Japan is not the country famous for bread, so what is so unique about the Japanese bread recipe?

I was equally puzzled why the Japanese bread (Hokkaido milk bread) is so soft until I found the secret ingredients on a Japanese website (Thanks to Google translate !)

TangZhong is the term of the semi-cooked flour/water mix when it is heated up to 165°F/74°C, which resembles a pudding-like roux. The gelatinized starch withholds more moisture, which makes the bread incredibly soft and fluffy.

This method is not something familiar to people who grow up in the west, where bread is the staple food.

In fact,  archaeology and history show that bread has been eaten since at least 30,000 years ago, according to an article. There is extensive evidence of breadmaking in Ancient Egypt and the Middle East long ago.   Fast forward to the present time, the method of bread making has been improvised in different ways all over the world.

So today I am using one of the Japnese bread-making methods, the TangZhong method,  which has not seen in any English cookbooks. (As far as I have read 🙂

Bread is something undeniably tasty. The flavor of a good loaf, the cracking sound of biting into a freshly baked baguette, and the texture of the soft crumb is almost a sensual experience.

But in the Far East at Hokkaido, Japan, at the land of the rising sun, people living there are making bread with a soft, tender and silky smooth texture, taking the position at the other end of the spectrum.

Japanese or Hokkaido milk bread has become the typical stable in Japan, It is as light as a feather and can tear apart like cotton when it is fresh from the oven.

Read on if you are willing to stick your neck out trying something unconventional.

Note: This post may contain affiliate links. Please read my disclosure for more info. I may receive commissions for purchases made through links in this post.

Making Japanese soft bread can be messy, and it takes time to master. Therefore, I try to strip off the unnecessary information, making it simple and straightforward.

As you will notice in the video, I use a simple, small mixer for demonstration rather than using my large mixer in my cafe.  The method is virtually hands-free except for shaping the dough. Alternatively, make use of your bread machine if you have one.

This is the most important step in baking Japanese milk bread that is as soft as cotton.

Step 2- Scaling all the ingredients

Scaling the ingredients is quite straightforward. The only thing might be a little tricky is how much water is required. My favorite amount of water is 63ml per 100g of flour. This ratio usually yields bread dough that is moist, elastic but not too wet to handle by hand.

Flour has the most significant effect on the outcome of bread among all the ingredients. You need to use bread flour, not the cake flour in this recipe.

Bread flour has 12% to 14% protein (gluten), which can produce bread with good structure and texture.

The recipe is set up with the weight of flour as 100%, and the amount of other ingredients is relative to flour.

I will not follow exactly the textbook method, but with a few twists to bypass some kinks and quirks along the way.

Bread flour contains 12% to 14% gluten, which is an essential ingredient for a good bread structure. Gluten is the composite of the protein called glutenin and gliadin.

When flour meets water, glutenin will denature and forms a long, curly string. This string gives the bread the desired structure, allows the dough to expand and rise. Glutenin is hydrophilic (meaning attract water) and able to hold more water in the structure of the bread. Therefore, glutenin contributes to the elasticity and springy property of the dough.

Gliadin is hydrophobic (water-repelling) and therefore counteracts the elasticity of gluten and contributes to extensibility to the dough.

Bread flour has the percentage of gluten that provides the optimum amount of gluten for bread making.

Mixing is self-explanatory, but there are some key points worth taking note to get the best result.

(Note: Please refer to the recipe for the step-by-step mixing instruction.)

After mixing, leave the dough aside and wait for it to expand. The expansion is due to the yeast cells consume the sugar (which is the result of the starch breaks down during fermentation) and start to produce gas and alcohol. (Yes! The yeast cells can eat, fart and poop!).

Things to take note at this stage:

So far your hands are clean because the mixer is doing all the hard work for you. Now it is time to get your hands dirty. This is a step you cannot rely on the machine.

Some books break down this step into several sub-steps, which is labeled in bold in the following paragraphs. These are quite straightforward, but if you are unsure, please refer to the video below.:

Proofing is the final step before baking. Here are a few points worth to pay attention:

Be careful so not over baked the rolls as we are making Japanese soft bread, not a crusty finishing like banquettes.

Perhaps the most noticeable change during baking is the size of the dough. So if you bake the dough which has doubled its bulk, the final volume of the bread will be more than double, around 2 1/2 times larger than the original size. The volume expansion is due to the last effort of the faithful yeast cells before they eventually surrender their life as a result of the increased heat in the oven. This process is called oven spring.

Oven spring occurs due to the rapid rising of temperature in resulting rapid expansion of the gas trapped in the dough and the increased activity by the yeast at a higher temperature. However, once the temperature reaches 60°C/140°F, yeast will be killed, and the dough will stop rising.

Another significant change is the browning of the surface, producing the unique flavor of the bread. At this stage, the starch is broken down into simple sugar, and the proteins are torn apart into amino acids. These simple sugars and amino acids interact with each other to form thousands of organic component which collectively stimulate our senses. That is why you are attracted by the aroma drifting from the kitchen to your dining room. In chemistry, this happening in the oven is called the Maillard reaction.

After baking, remove the Japanese milk bread from the pans quickly to allow the moisture and alcohol to escape quickly. Apply some melted butter before cooling if you prefer to have a soft crust on the bread.

Additional note: Use the right amount of water for the dough

The amount of water is way too little if it is the only source of liquid. That is why you may find that is is too dry in the beginning.

However, after adding the egg and the TangZhong, which have a high percentage of water, the total amount of water becomes just right.

More water is added from the butter at the final stage ( butter contains about 16% of water), which make the final dough has the right consistency.

You can take a look at the images below:

Two teaspoons of milk powder can be replaced by 40 ml of milk. So the 55ml of water will become 40ml of milk + 15 ml of water (The main dough)

How to convert the ordinary bread formula to Japanese milk bread

This Japanese milk bread is the softest, lightest and fluffiest bread ever.

The following example demonstrates how to convert any bread recipe to the pillowy soft Japanese milk bread.

Let’s say you have a basic white bread recipe as below:

The revised recipe will be as below: 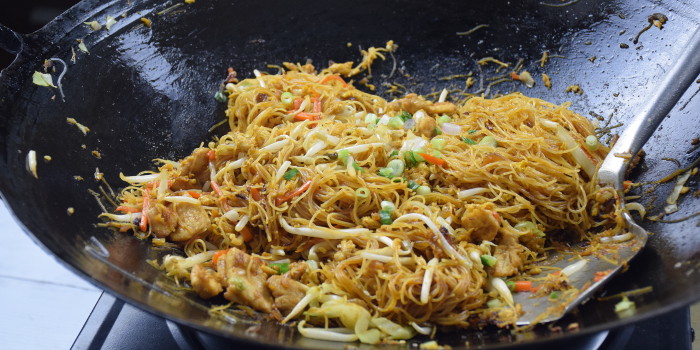 Thanks for the recipe. Did want to mention that the tang zhong is also described as a roux, which is a French term. This has been in use as the start of sauces and pastries. Most commonly known would be choux pastry with which you make eclairs and profiteroles. So not in bread that I have seen, but close.

HI, I like the colour of your bread. May I know how to do the perfect egg wash?

Hi CGI, The bun looks golden partly is because it has a lot of butter. I just beat the whole egg and apply to the buns.

I followed everything to a tee, but when my bread came out the crust was rather hard. Not in an unpleasant way, but not like how Tang Zhong is supposed to come out. Inside was super soft and fluffy though.

Does this have to do with my oven temperature being too hot? Or maybe I over kneaded the dough with my dough hook?

Hi Sue, Kneading should not affect the hardness of the crust. Tangzhong makes the bun soft but will not also soften the crust. I suggest you use a slightly lower temperature and try not to bake until the color is too dark. Hopefully, that is the reason. KP Kwan

Hi KP Kwan , Thanks for sharing this recipe n detailed explanation. Have made twice n turn out well. I would like to check if I use instant yeast , do I still need to mix the yeast in the water for 5 mins? Secondly, if I intend to keep the dough for next day baking, at which stage I put into the fridge? The next day , after taking out from the fridge, I need to leave the dough at room temp b4 baking . Thanks n a blessed week

Hi Florence. Here are my answers: 1. You do not need to dissolve the instant yeast with water, although there is no harm. 2. I will make the bread until the final stage. My method is to keep the shaped dough in the freezer. When I want to bake it, remove it from the freezer and let it proof at room temperature and bake. The proofing time can be longer because it starts from the frozen state. (If you put it int the fridge, not the freezer, It may be overproof on the next day. I hope this information is useful. Thanks. KP Kwan