Winter melon soup- How to cook an easy Chinese soup

This winter melon soup recipe 冬瓜汤 is the adaptation of my mother’s recipe, which she cooked for our family when I was young.

I love the subtle flavor of winter melon and the aroma of dried shiitake mushrooms. This soup just hit the bullseye, and I missed it so much since I am no longer staying with her.

You have the option to cook it, beginning from preparing the soup base or use the store-bought chicken broth for simplicity. Either way, this refreshing and comforting soup will be a hit for you and your family.

Note: This soup invokes many of my childhood memory. Another simple Cantonese style soup I love is Cream Corn soup. It is like egg drop soup with added sweet corns. Another soup that became my favorite is the hot and sour soup after I am addicted to it after trying it in a Szechuan restaurant only after graduation.

Winter melon is available in different sizes. Some winter melons are gigantic and sold in precut portions in supermarkets.

The skin is not edible. Cut off the skin with a knife or vegetable peeler. Remove the pith and cut the winter melon into small cubes or one cm thick slices.

Winter melon does not have an overpowering taste, but it has a beautiful texture and absorbs any flavor like a sponge.

Goji berries red dates have a subtle flavor, which is matches ideally with winter melons and some other Chinese herbal soups.

Soak the dried shiitake mushrooms in water until it is fully hydrated. You can use hot water to speed things up.

Few winter melon soup recipes include dried shiitake mushrooms. However, this is how my mother prepared it when I was young, which is our family recipe.

Do not throw away the water after soaking the mushroom. It acts as a mushroom stock, which should be added to the soup to intensify the flavor. Pour only the top portion as it may have some sand and dirt which sink to the bottom.

Toast the dried shrimps with a small pan until it smells fragrance. Now it is ready to add to the soup base.

Ginger is often used in Chinese soup to add some flavor, and two to three slices are enough. It plays a secondary role and shall not overpower the taste of other ingredients.

My mom does not use carrots, but I am in favor of adding a small quantity to make the soup more colorful. The taste of the carrot is also in agreement with other ingredients in the soup.

Our family recipe includes some small dices of pork, which are marinated with salt, light soy sauce, and cornstarch. My mother likes to add all the salt required for the soup to the pork. This idea is fantastic because the pork will still be well seasoned after boiling in the soup.

I am using chicken breast meat to substitute pork in this recipe. Chicken has a universal meat flavor, which is an excellent alternative to pork.

There are options apart from adding the minced meat. For example, you can form some meatballs with minced meat (use more cornflour and reduce the salt in the recipe) or adding some meaty pork ribs. These are all popular ways to make the winter melon soup. There aren’t any standard rules on how to prepare it.

What if I do not have all the ingredients?

My mother would cook with whatever ingredients she found in the kitchen. In the simplest form, the soup only required three components – winter melon, minced meat, and dried shiitake mushrooms, seasoned with salt and pepper.

Goji berries and red dates are the welcome addition, but you can go without them. Sometimes we just get lazy at home and prepare a simple meal with less complex flavor.

On the contrary, you can switch up the soup by adding dry scallops and use a more superior stock as the soup base and serve in carved winter melon. This treatment will turn it into an elegant dish fit for the Chinese banquet.

2. Make the soup base

a) Make from scratch

A superior soup base is the foundation of an excellent winter melon soup. You can boil the chicken bone, chicken feet, or chicken carcass to prepare the soup base. Another popular method is to include pork ribs into the recipe.

b) Use ready-made stock

3. Boil the soup to perfection

How long should you boil the winter melon?

Here are the steps to boil the winter melon soup

For marinating the meat 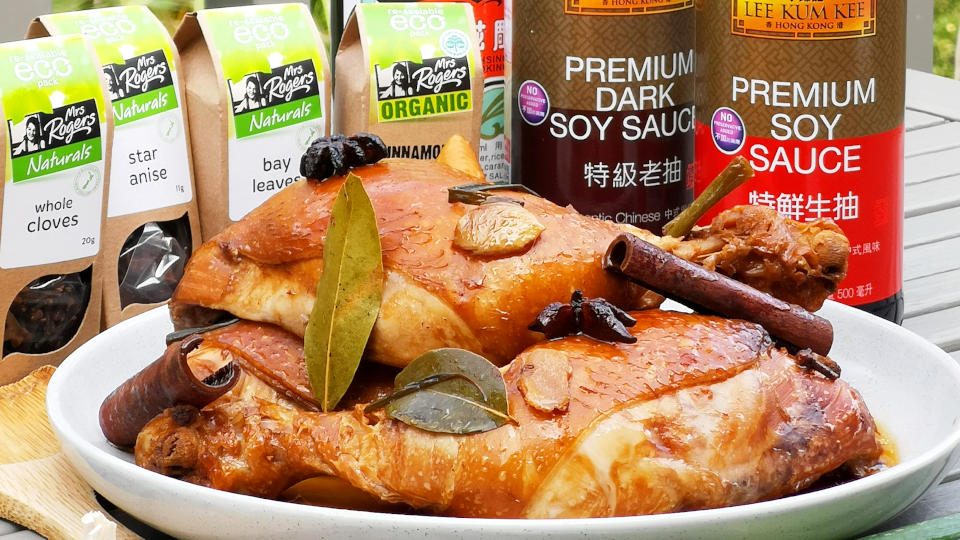 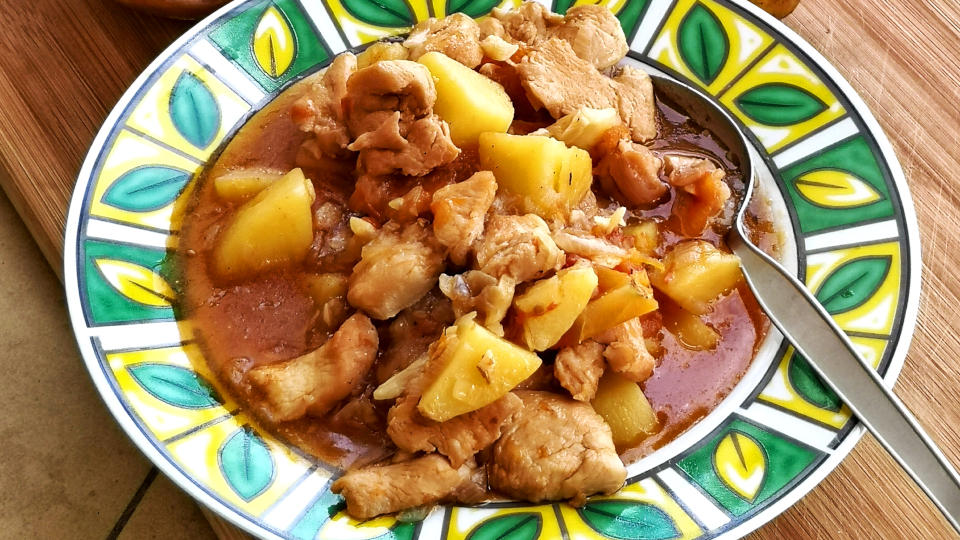 Dear Kwan, Please tell your mother that her Winter Melon Soup is the best that my wife and I have ever eaten. You say the recipe makes enough for 4. Well, I am now finishing my third bowl! I ran out of carrots, so the soup wasn't as colorful as yours, but it was still delicious. Many thanks. Herman

Hi Herman, Good to know that your family loves it. I will share more of those dishes I had when I was young on this food blog. Cheers! KP Kwan

Dear KP. I am very surprised to learn of the ingredients in your soup because I am Cantonese n my dad used to boil soups for us. Never has he ever used dried prawns or minced meat. For the latter it had always been pork bones or a piece of lean mean or pig’s tail or chicken cut into pieces. That said, he never used winter melon either ! So I shall try your family recipe but I think I will leave out the dried prawns !

Hi Laura, I am a Cantonese born in Hong Kong resides in Malaysia. My mom is still living in Hong Kong now. The dried shrimp is my ides which she never used it before. It does taste good but is entirely optional. Hope you will like it :) KP Kwan