Salted egg pastry – How to make in 3 steps

It is prepared by encasing the salted egg yolk in sweetened red bean paste or lotus paste, then wrapped in the flaky Chinese pastry. It has a unique taste of the sweet paste and the salty yolk, and the ultra flaky pastry in one bite.

When you cut open the pastry and review the salted egg yolk within which resembles the shape of the moon. Therefore, this salted egg yolks pastry is served along with a variety of mooncakes during the Mid-Autumn Festival to worship the moon. The word yolk also sounds closely to prosperity in Chinese and hence become a popular delicacy during the Chinese New Year.

This salted egg yolk pastry is among one of the most traditional Chinese delicacies. I will explain in detail how to make this flaky Asian bun (pastry) in this article.

Note: It does not have a specific translation in English. You will find salted egg pastry, salted egg cake, salted egg yolk cookies. It all refers to the same.

The most challenging part (and also most rewarding) of making this dessert is to prepare the flaky Chinese pastry.

This pastry is closely related to the puff pastry. Nevertheless, the layers are separated not by pure butter, but the combination of low gluten flour and oil (either butter or lard). It tastes different from puff pastry, although the method of preparation is quite similar.

Once you master how to make the Chinese puff pastry, you will be able to make many other Chinese bakery items that required similar pastries, with some minor differences from one recipe to another.

Why do we need both to make the water dough? The reason is to ensure to dough is stretchable while creating the layer (that is what the high gluten flour does) and yet not too tough that it will distort the shape. (That’s why to use low gluten flour to make it soft.)

However, if there is too much gluten developed, the pastry will be out of shape and unable to form a perfect sphere. That is why the use of both high and low gluten flour is critical to the success of the pastry.

Use butter to replace lard

Traditionally lard is used in this salted egg yolk pastry recipe. However, I substitute it with unsalted butter as we know that lard is not an ingredient like by everyone. Furthermore, animal fat is always deemed to be unhealthy.

Here are the steps.

The formation of gluten is an important step. You need to knead if further and rest it for another half an hour if the dough is unable to stretch into a thin layer.

Making oil dough is a straightforward process. You only need to bind the water and oil together, then knead it until it forms a smooth, soft, and shiny dough.

There are two tips to make a better oil dough- use purified butter and low gluten flour. Here is why.

The pastry made with unsalted butter is slightly harder than those with lard. Therefore, I have decided to use purified butter instead. Why?

Lard contains 100% fat, whereas butter has 80% fat, 15% water, and 5% milk solids. Lard is also more elastic and hence easier to mix with the flour. Therefore, the pastry made with lard has thinner and more layers.

As for the butter, the water will react with the flour to form gluten. The oil dough that has developed gluten does not mix well with the water dough, which results in a tougher pastry.

Therefore the best substitute is purified butter, which contains 100% fat. The water portion has been removed. The outcome may not be as good as lard, but it is a good alternative if you want to avoid using lard.

Although gluten will not form when oil and flour are mixed, there is still a small amount of water inside the flour due to humidity, especially during the rainy season. The tiny bit of gluten that form will cause the oil dough to develop some gluten which disrupts the separation of the layers during baking, and result in pastry that is less flaky than desired.

Therefore, it is best to use low protein flour for making the oil dough to avoid the slight possibility that this may happen.

Wrap the oil dough inside the water dough

Watch the video in this article, which shows how to make the flaky pastry.

I skip this step as the raw salted egg yolk is thoroughly cooked when the pastry turns golden brown in the oven. It is not necessary

Wrap the yolk with the red bean paste (or lotus paste)

I am using the store-bought red bean paste and lotus paste, which are also used to make mooncakes. They contain sugar and oil, which is precisely identical to the red bean paste or lotus paste made from scratch.

3. Wrap the filling with the dough 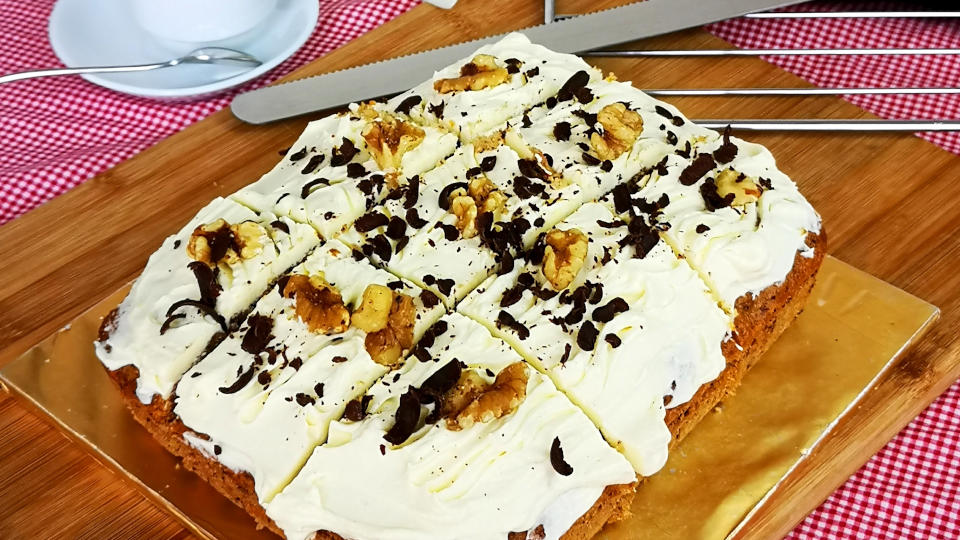 ← Previous
Easy carrot cake recipe- How to make it at home 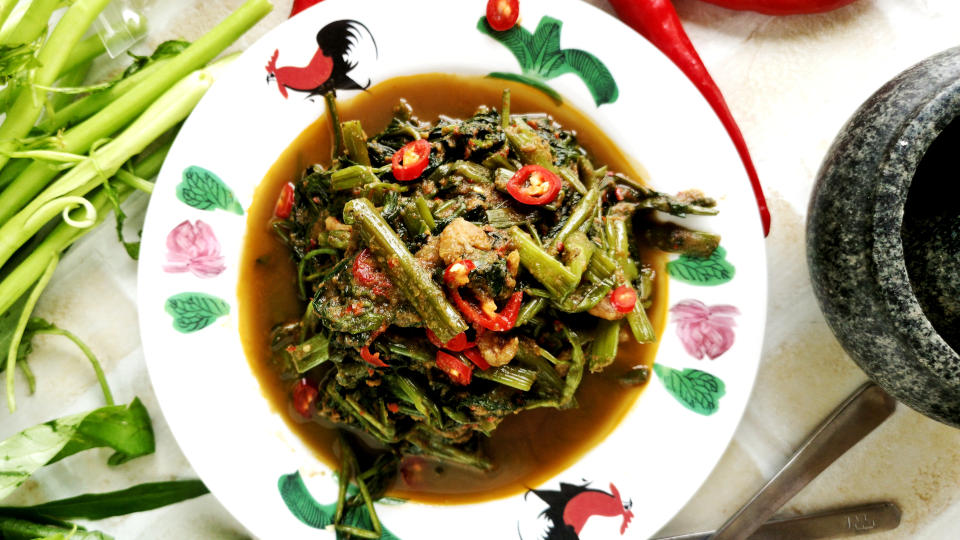 Next →
Kangkung recipe with belacan
Click here to cancel reply.

Hi! Mr Kwan Can I chill instead of freezing them in the fridge for 2 days before I bake them? Do I need to thaw them at room temp before baking? Will the chilling affect the flakiness of the pastry? Thank you.

In my opinion, chilling will not affect the flakiness. You can make the pastry two days in advance, but I think should be kept in the freezer if it is longer than that.

Hi! Mr Kwan Will the pastry harden and become dense after they cool off? TIA

It will be firmer after it is completely cold.

I never got the free recipe book promised few years back, so I'm not clicking again.

Hi Mun Yee, I have decided not to publish a cookbook that I planned. Instead, I publish all the recipe on this blog which is free for all. So far, I have posted all the recipes intended for the book on this website. I hope it is useful for you. Regards. KP Kwan

You used 19 salted eggs to make 10 pastries. This doesn't add up. Explain please.

Hi Wong, I have amened the typo error of 19 to 10 salted egg yolks. Thanks for pointing out the error. KP Kwan