Chicken karaage is the Japanese version of fried chicken that is insanely delicious- light, crisp, full of flavor and moist. It has a universal flavor which is not too exotic, yet is very different from fried chicken in the US, China, and Indonesia. It is great as a main dish, or as an appetizer with drinks, as an item in the bento box, perfect for takeaway sets or picnics. It is usually served with lemon juice or a mayonnaise.

Chicken karaage was adapted from the Chinese cuisine and has assimilated into the Japanese culinary culture. Preparation starts with marinating the bite-sized boneless pieces of chicken thigh meat, lightly coated with potato starch and deep fried until golden brown. Preparation is similar to another crowd pleaser Japanese food- tempura.

Karaage is easy to make at home. All the ingredients are easy to find in the markets. It only takes fifteen minutes (excluding marination time) to prepare.

Chicken thigh meat is normally used to make karaage as it is more flavorsome and juicier than breast meat. You can ask the butcher to debone the chicken for you to save you time and effort in the kitchen.

Tips on how to prepare the perfect karaage

Which is the best coating for karaage- potato starch, cornflour, or wheat flour?

Original Japanese karaage is deep-fried by coating the chicken with potato starch or a mix of potato and wheat flour. The potato starch creates a lasting layer of crispy coating around the karaage which makes it perfect for bento lunch even after it becomes cold.

Cornflour is a good alternative to potato starch where potato starch is hard to get. Cooks have developed recipes with a various combination of potato starch, corn flour and wheat flour for karaage recipes. These flours are used by native Japanese too all produce good results, albeit results may vary in texture and the degree of crispiness.

My choice: Potato starch / wheat flour combination is the best. I like the slightly floury feeling to bite and the light and crispy crust compared to corn flour alone.

And that is why I use the combination of potato starch and wheat flour in my recipe. The difference is marginal. You can use any of the combinations to achieve the result mentioned above. 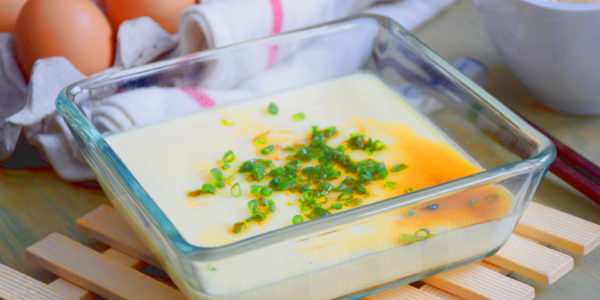 ← Previous
Chinese Steamed Eggs- how to get the silky smooth texture 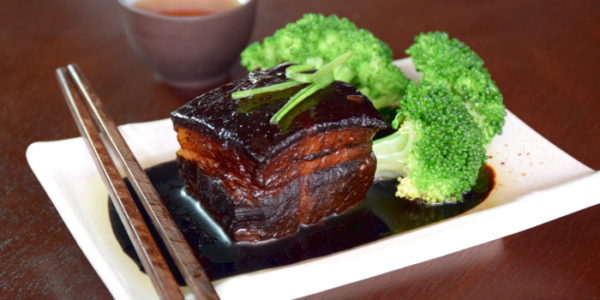 […] similar to the Hainanese pork chops, here are the links to the recipes that you might interested: Chicken karaage- Japanese fried chicken Chicken katsu recipe- How to make the best Japanese fried […]

I love your recipes and your cooking way. I am a regular visitor of your site and this is my favorite recipe.

Hi Nihari, Thanks for dropping by our website and glad to know you like it. I just visited The Recipes Pakistan and thanks for introducing wonderful meal from where you stay.

you are great. I like your way of teaching us recipes method.I am new in recipes please Visit my website and tell me how I Improve my website https://www.sooperchef.pk

Hi Maha Khan, Your recipe looks great too, and I hope to see more delicious Pakistani recipes from you. KP Kwan

Thank you for this recipe, it is very good!

Happy to know that it works. I like chicken karaage just as much as you do.

How to prepare Scotch egg with oriental flavor ( 3 simple steps)

[…] is similar to those served with ramen. I deep fried the eggs until lightly golden brown, just like karaage and tempura. The eggs are served by nesting on a bed of carrot and daikon, and with kewpie […]