Old cucumber soup with pork ribs is among the most familiar soup on the Cantonese dining table.  I grew up eating this soup prepared by my mother. Now it is my turn to prepare it for my family. I use meaty pork ribs and some dried scallops, and cuttlefish as the main ingredients. I keep it simple using my slow cooker, which has been idling for many years and turns out marvelously.

Below is the details how to make the old cucumber soup with pork ribs.

What is an old cucumber?

I thought that old cucumber is the fresh cucumber left intentionally until it starts getting old (before rotten), which is utterly wrong. They are cucumbers that have been left on the vine to mature. After mature and change color, these cucumbers are highly favored, which is ideal to prepare soup with meat and seafood,

Note: Old cucumbers are known as Timun Tua in Malay and 老黄瓜 in Chinese, which means “old yellow gourd,” translated in verbatim.

How to prepare old cucumber soup

Every Chinese family prepares the pork ribs soup with old cucumber in one way or another. I follow the traditional way to boil the soup, and hopefully, this guide is useful to any first-timer to prepare this slow-boiled Chinese soup.

Freshly purchased ribs and bones contain some blood and impurities, which will make the soup cloudy if you use it without blanching it. Blanching removes these impurities and ensures you will get a clean and clear soup.

The duration of blanching shouldn’t be too long, as the flavor of the bone will release into the water.  Generally, it takes only three minutes for the small bones and five minutes for the larger chunks.

You can substitute the meaty pork ribs with pork or chicken bones. The blanching process is vital for whatever bones or meat you choose to get a pot of clean and clear soup.

2. Prepare the remaining ingredients for the old cucumber soup

The pork ribs, old cucumber, and the dried seafood is the perfect combination to cook up a great pot of soup. Let’s go through the key components one by one.

Old cucumbers have a strong flavor as compared to the young cucumber. To choose the best old cucumbers, look for those with darker skin and with more wrinkly lines. These old cucumbers are more mature and have a better aroma.

Here are the steps to prepare the old cucumbers:

Note: You should not peel off the skin.  The skin helps to hold the flesh together while boiling, preventing it from disintegrating into the soup during the long-simmering process.

The shape of an old cucumber is straight, oblong, with blunt, curved ends. The length is averaging 15 to 25 cm long.

The color of the skin is ranging from yellow-orange to golden-brown, with cracks, rough, wrinkly texture with pale yellow flesh. The cavity has many oval seeds embedded in a slippery liquid. It has a mild, sweet, tangy, and refreshing flavor, with a slight bitter nuance.

b. Dried scallops and cuttlefish

Dried scallops and cuttlefish have an intense flavor and deliver the much-appreciated umami to various Chinese soups.

Wash the dried scallops and cuttlefish to remove the dirt and sand. You should add them to the soup in the beginning as it takes time to extract their flavor during slow cooking.

Dried seafood has a different flavor than its fresh counterpart due to the taste is intensified after drying. As such, fresh seafood is not a substitute for dried seafood.

Chinese dried seafood is made by open-air drying with the sun and wind. As a result, an intense flavor is developed during this process. The most common types of these delicacies are the octopus, oysters, abalone, sea cucumber, and scallop.  Some of these shriveled, flattened, and petrified seafood is considered pricey treasures, mainly used to serve during expensive banquets.

Red dates and goji berries are used together in different Chinese cuisines.  They compliment each other since red dates are slightly sweet, and goji berries have a mild sour note. Cut the red date into half, and add to the soup in the early stage to enable the flavor to release quickly into the soup.

Goji berries take only a short time to soften and release the flavor.  Therefore, you should add them to the soup when it is about to finish.  They will disintegrate if added to the soup at the beginning.

Sweet corn and carrots are optional ingredients. You do not need them if using a large amount of bone and meat for the soup. I add one sweet corn to the soup, but you can omit it and double up the pork ribs’ quantity.

a. Use a slow cooker

I use an electric slow cooker to boil the soup.  Place all the ingredients except the goji berries in the pot.  Fill up the pot with boiling water just enough to cover them. The old cucumber soup won’t be tasty if you add too much water, but the water level should be sufficient to immerse all the ingredients to extract their flavor.

You need to add boiling water when using a slow cooker as it takes forever to bring it to a boil if you start with cold water. (It takes about an hour to begin boiling, even if you use hot water.)

After it is boiling, let it simmer for at least two hours.  If you want a better result, change the setting to low.  It will slow cook at a near simmering point. My mom selected this setting to cook it overnight, resulting in a tastier soup due to prolonged simmering.

b. Simmer the soup on stove

If you simmer the pork ribs soup on the stove, add sufficient water to submerge all the ingredients except goji berries. Bring it to a boil, then reduce the heat to let simmer for at least two hours. It will boil slightly faster than the slow cooker since the temperature is not self-regulated. Therefore you need to check the water level regularly, said every half an hour. Add some boiling water to the soup when it has reduced too much.

The minimum time for simmering Chinese pork ribs soup is about two hours. Some cooks like to simmer it for three to four hours over minimal heat, which will infuse the ingredient’s flavor fully into the soup. The meat will become so soft until it falls off the bone when trying to hold it with a pair of chopsticks.

Before you remove it from heat, add the goji berries, and let it simmer for another half an hour.

Season with some salt, light soy sauce, and sugar.  Sugar helps to balance the slightly sour taste of the goji berries.

The old cucumber and pork ribs soup is ready! It is a comforting, hearty meal on its own and is also best to serve with steamed rice.

If you like this Chinese old cucumber with pork ribs soup, you should also try the following soups of my pick:

This winter melon soup recipe has the subtle flavor and dried shiitake mushrooms’ aroma. This refreshing and comforting soup will be a hit for your family.

I have tried different variations of lotus root soup over the years, but this time-tested recipe with lotus root, pork ribs, and groundnuts is the best.

Want to try a non-Chinese soup from Malaysia? If you wish to put a spin on the traditional oxtail soup, try this unorthodox way of preparing the soup. It is heavily spiced with local herbs. 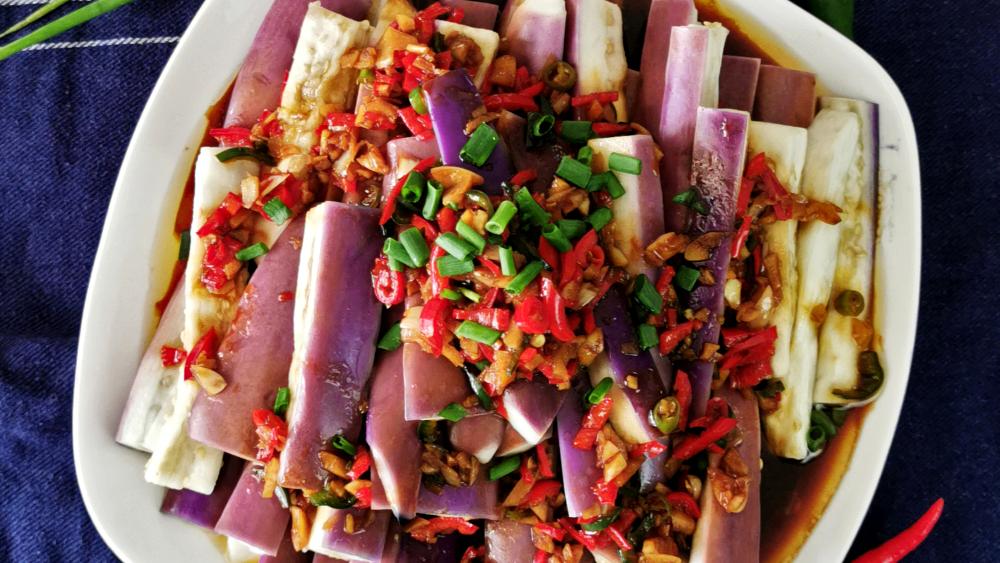 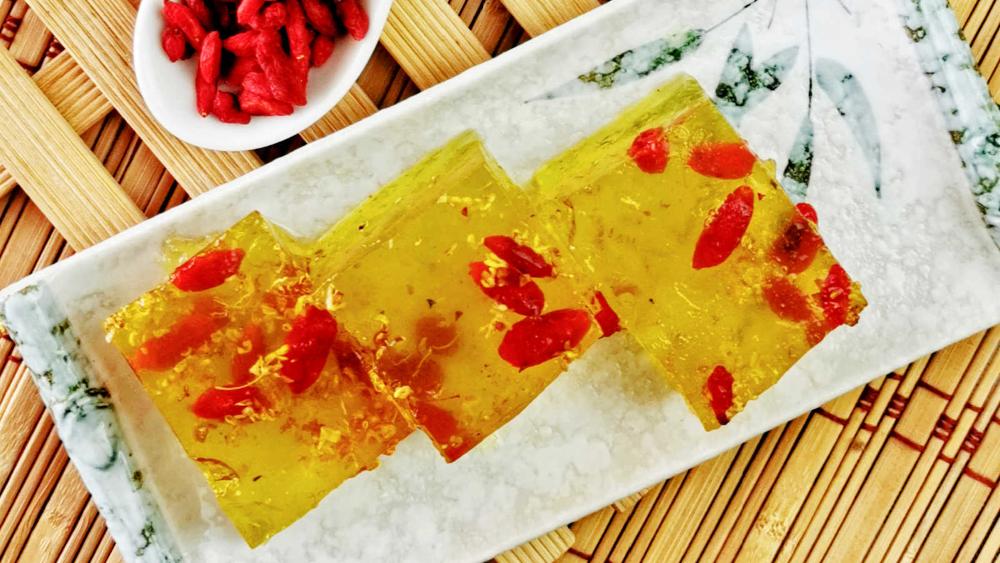