Various combination of ingredients and the right combination contribute to the wonderful flavor of stir-frying dishes. In this article, I will discuss the various types of seasoning ingredient, and offers three of my best recipes to constitute a seasoning mixtures suitable for most of the Chinese cuisine.

I have some difficulties to find a suitable term to describe the seasoning mixture for stir-frying. This is because the Chinese terms it as sauce, but the fact that the composition of these sauces comprises of other sauces too. If you can understand that one of the ingredients for the fried noodles sauce is soy sauce, you should be clear of what I mean.

Here is the three basic stir fry sauce used by most of the Chinese chefs. These 3 versions of stir fry sauces are constituted predominantly by using the same pool of ingredients with a small variation. The resulting mixture renders different color and flavor. Basically, you can use any of these stir fry sauces for stir-frying, but the common approach is to follow the simple rule of thumb as adopted by most of the restaurateurs:

Get the Chow Mein recipe here. Stir fry sauce (B) is used in the recipe.

Stir fry sauce (A) – most suitable for fried rice:

Stir fry sauce (B) – most suitable for fried noodles:

Make A Batch Of Your Own Stir Fry Sauce

However, the choice is yours as it can be interchanged. Try to experiment with all these combinations and settle on the one that you prefer. You can make a bigger batch to keep for your next stir-fry dish.

If you ever visit any Asian restaurant, you may notice some chef never premix any sauces as I mentioned here. Instead, they have all the components of the sauce (soy sauce, sesame oil, oyster sauce, salt, sugar, etc.) placed in individual containers right beside the stove. They will pick all the components by using a small spoon and place in a ladle and constitute the sauce whenever they need. Whilst this method has the advantage to let the person to cook to have the full control of what components (and how much) to be included, it also has its intrinsic pitfalls – the possibility of omitting some components of unintentionally includes the wrong quantity. This is commonly happened as the quantity for each component is relatively small (some are perhaps 1/4 of 1/8 teaspoon), and the types of the components can be more than five at times. Therefore, unless you are already proficient with the characteristic of each component, you may want to stick to the three stir fry sauces in this section.

There are two types of soy sauce, light soy sauce and dark soy sauce. The flavor of soy sauce varies from one brand with another. Typically, the very best soy sauces are imported from Hong Kong, Japan and China.

The light soy sauce can be served on the table as a dipping sauce for spring rolls or dim sum. It can also be part of the seasoning for stir-frying dishes.

Dark soy sauce is normally used to marinate meat, and as part of the seasoning for noodle dishes, fried rice, and other stir-frying dishes. Dark soy sauce gives the dish a richer color and thicker texture.

Plum sauce is a viscous, thick, gooey,, light brown sweet and sour condiment. It is used in Chinese cuisine as a dip and also as part of the ingredients of marinade. Some of the sauce mixture that contains plum sauce are for Cheese salad and sweet and sour chicken.

Oyster sauce is the second most popular sauce used in Chinese cooking after soy sauce. It has the ability to enhance the flavor for most of the dishes. It is a sauce that adds a savory flavor to any dishes. This sauce is a staple for most Chinese home-style cooking. It is not fishy, taste universal and is suitable for marinating and stir-fried fish, poultry, meat, noodle, and rice. It is an essential element for stir-fried vegetables and a major component of the gravy for noodle. ( Lo Mien). Oyster sauce is also used as a topping for blanch vegetables.

Oyster sauce is also a major component of Thai and Cambodian cuisine. It imparts a fantastic aroma and flavor to any dishes.

Fish sauce is known as the keystone of Vietnamese cooking. This amber red sauce is very salty and a little goes a long way. It is used as a condiment in many Asian cuisines.

It has the ability to add depth of the flavor of any dish. It can be diluted with other ingredients to form a dipping sauce, be part of the ingredient of stir fry sauce and marinating. It is also used to prepare the sauce for Thai steamed fish along with shallot, chili, tamarind and lime. Some Chinese also use fish sauce in their cooking, although soy sauce is still much more popular in the Chinese community.

Sesame Oil is a flavorful dark and aromatic oil. It has a strong, distinctive and slightly sweet, nutty flavor as a result of toasting the seeds during production. Sesame seed oil is an integral component of Asian food.

It is not for use as a cooking oil as the flavor is too intense and has a low smoking point. It is generally used for Chinese cooking such as marinade, frying. It is also used as a flavoring agent in the final stages of cooking, for example, sprinkled a few drips at the end to a bowl of soup noodle. The flavor is strong, therefore, “a little goes a long way” describes sesame oil perfectly.

Sesame oil is a vegetable oil derived from sesame seeds. It is often used as a flavoring agent in Chinese and Japanese and Korean and other Southeast Asian cuisine.

Ketchup is normally refers to tomato ketchup, with is synonymous to tomato sauce. In fact, it contains not just tomato, but vinegar and other seasonings as well. Tomato ketchup is not only used in fast food dishes such as hot dogs and hamburger, but also in a large variety of Asian food.

Many gravy for Asian dishes contains tomato ketchup. For example, sweet and sour sauce of Chinese origin and ayam masak merah (Malay style tomato curry chicken) use plenty of tomato ketchup in the recipes. It is also used as dip sauce in the Indonesian and Chinese community.

Five spices powder consists of ground peppercorns, star anise, cloves, fennel and cinnamon and sometimes coriander powder. It is a versatile spice mix that is suitable to season a variety of meat and poultry. The composition of each brand of five spices powder may not be the same. The difference can be either the ratio of the spices and in some cases, different combination apart from the above-mentioned. For instance, some manufacturers include cardamom, Szechuan peppercorn, nutmeg to the spice mix.

Worcestershire is not the traditional ingredient for Asian cuisine, but has gained popularity as it is compatible to most of other Asian ingredients. Lamb that is marinated with Worcestershire sauce in combination with oyster sauce, soy sauce, and tomato ketchup has a fantastic flavor. You can also use it along with oyster sauce and sugar to coat the prawns in the dish called Cantonese pan-fried prawns.

China is where the technique of stir-frying is originated from. Therefore, most of the popular stir-fried dishes and the respective stir fry sauces used are originated from China. The basic elements that most Chinese cuisines are light soy sauce, dark soy sauce, sesame oil and oyster sauce. I have posted a recipe of Sweet and sour chicken that contains a variety of these ingredients in the sauce.

Teriyaki is the Japanese stir fry sauce contains light soy sauce along with mirin (sweetened rice wine), sugar and honey or sugar. All the ingredients are combined and boiled until it reduced to the desired consistency. 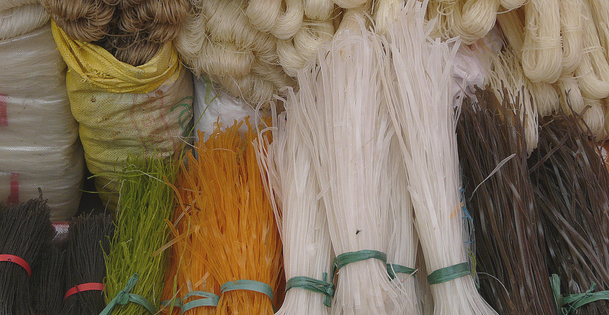 ← Previous
How To Prepare Asian Noodles For Stir-frying 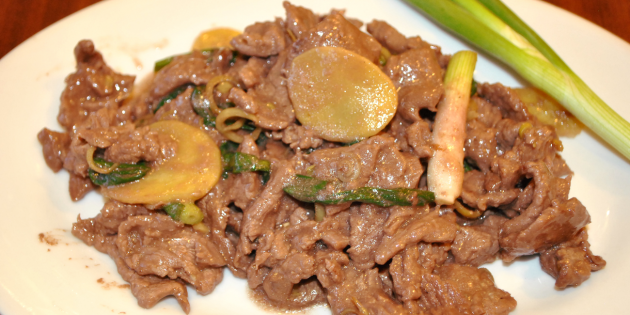 Next →
Beef Stir Fry With Ginger And Scallion
Click here to cancel reply.

The amount of premix sauce. 15 percent on example cooked Rice. FYI. . I do hv a digital weigh machine. Prepare accordingly to recipe. Found 15 percent was too much salty. I preferred to use less than 10 percent.

Then your other video on Fried Rice. The fried rice premix was not used. Just a Good Quality Soya Sauce.

So fried rice is sauce used is just preferences. Either way can do. ?

The sauce (seasoning) for fried rice can be different from one recipe from another. My recipe is what I use but make it your own by changing it according to you need. Good quality soy sauce will give a better result. If you follow my post Chinese fried rice, you should be able to find more information on the fundamental technique to prepare it.

Dear KP, When I saw the ingredients for the sauces I thought it was godsend until I tried a small batch at ratio of 0.25. I would have thought it would be salty considering the sodium already in the individual sauces. True enough it is indeed salty! Could you please advice how to use them as in dilution or add sugar per tablespoon spoon of the sauce?

So this is going to be salty if you taste it as it is. It will be just right if you use it to mix/fry with 1kg of vegetable (only the edible part after cutting and washed). The only ingredient that is salty is the oyster sauce, so if you want to be less salty, just keep everything unchanged, but reduce 2 teaspoons of salt to 1 1/2 teaspoons.

In any case, if you want to make changes, you may add some light soy sauce (reduce the salt of course) and a few drops of sesame oil.

Hope this will suit your taste.

I'm glad I found your site while searching for stir fried dishes. These are the kind of dishes I wanted to impress my wife with. I'm not Chinese but enjoy eating various Chinese dishes. Thank you for sharing these recipes and cooking techniques. I will try to cook them as best as I can.

Dear CJ, Thank you and hope you enjoy your cooking.

Thank You. Mr Kwan for your fast reply. Highly appreciate for tour attention rendered. Your direction well Noted. Thanks n B Rgds...

Dear Mr Kwan , Is Lim again. Need your advise on below matters on primix.

For Fried Rice there was No need to heat up the mixture premix solution.

However on the Vegetables premix. When I tried to heat up .it became lumpy. What can go wrong. I did use a digital weighing scale to measure, was quite sure that the weight for each component was right. Too high heat ?

The lumpy problem is mainly due to the cornflour in the recipe. You can mix the cornflour with the water until there are no lumps. Then only you add the cornflour/ water mixture ( also called cornflour slurry) to other ingredients. You should get a smooth sauce by taking this step.

There is a section about cornflour slurry in my article 'How to stir-fry the authentic Asian way: