How to cook outstanding butter chicken with only a saucepan

Two months ago I wrote a post about General Tso’s chicken, a genuinely Chinese-American cuisine that swept across the world with its unique sweet, sour, spicy and crispy combination.

Indian butter chicken is the Indian version, which is equally renowned and savors by gastronomes worldwide.

I served butter chicken to my customers in my cafe early this month, and the reception was phenomenal.

The positive result drives me to dig deeper into other Asian crossover cuisines famous outside of Asia, and glad to share my butter chicken recipe with you.

Note: This post may contain affiliate links. Please read my disclosure for more info. I may receive commissions for purchases made through links in this post.

Why is the humble leftover chicken rose to international stardom?

Butter chicken is on the menu of every Indian restaurant in Delhi, London, New York, Melbourne and everywhere in between. I thought butter chicken must be a great cross-continent dish well accepted by almost every palate.

However, when I mentioned to my son living in Australia, he was squeamish about butter chicken. When I tried the store that he mentioned adjacent to his apartment, I can understand why he said so. It was not great. Perhaps he did not find the best Indian restaurant hidden at the back of the alley.

But there must be a reason why it started from its humble beginnings and rose to universal acclaim.

I want to seek justice to this dish, and debunk the idea that it is an ordinary meal. So I have embarked on a journey of discovery, researching and formulating the best quality butter chicken. My recipe will be an easy one, with only using a saucepan or a heavy skillet. NO oven and grill are required.

What really is butter chicken?

In the basic form, butter chicken is the tandoori chicken (sometimes can even be the leftover) cooked in a curry. However, it can also be wildly luxurious, serving with biryani rice, mango chutney, pappadums, and naan. The chicken is usually on-bone, marinated with turmeric, garam masala, cumin, lemon juice and yogurt, and cooked with a velvety red bath comprising tomatoes, cream, and butter.

Another Indian dish called chicken tikka masala shares some similarity with butter chicken. Something’s people may get confused between these modern westernized Indian food. Chicken tikka masala is cooked with a mixture of blended tomato, onion without butter, and was created by an Indian restaurant in Britain. On the other hand, butter chicken is authentically Indian, created by a chef in Delhi.

An interesting history about how butter chicken was invented

Butter chicken was invented by the owner of the Moti Mahal restaurant, Kundan Lal Gujral in Delhi sometime in the 1950’s.

Kundan Lai did not want to waste the marinade and the leftover tandoori chicken. So he added some butter, tomatoes, and cream to prepare a stew with the chicken. He might not even have the faintest idea that this accidental concoction has evolved to become one of the most recognizable Indian cuisines around the world.

It is an irrefutable truth that some remarkable delicacy was discovered by accident. The similar story also happened to the great Chinese braised pork belly ( Dong Po Meat) which was said to be an accidental creation.

If you have not tried butter chicken before, don’t believe in me. Tasting is believing. Follow the recipe below and watch the video. Plan for your Indian feast this weekend with butter chicken, a pot of biryani rice, serve with diced onion, tomatoes, cilantro, mango chutney pappadums and naans.

Here is my version of the butter chicken recipe. I have to make a point to make it simple. What you need is a saucepan. No fancy tandoor or oven is required.

Ingredients for the sauce

Ingredients for cooking the chicken

A word about Garam Masala

You will find the word garam masala repeatedly appear in different Indian recipes. Indeed,  I use garam masala in the butter chicken recipe with no exception.

Garam गरम is a Hindi word means hot, and masala मसाला means spices. It is a mixture of ground spices that give you a warm feeling after consuming it.

The spices are tossed lightly and the ground into fine powder.

You can follow this recipe if you want to make your own:

Method:
1. Heat up a heavy skillet over medium heat. Place all the ingredients except the ground nutmeg in it. Lightly toast the spices for two minutes until they become aromatic.
2. Wait until the spices cool down. Transfer them to a grinder together with the ground nutmeg. Grind them until it turns into a fine powder.

Garam masala can be stored up to six months in an airtight container, away from light. The flavor of the spices will lose over time. Therefore you should make garam masala in small batches.

You can use it in this butter chicken recipe, or the chicken tikka masala recipe I posted earlier. You can also use it in other curry dish, soups or even scrambled eggs. 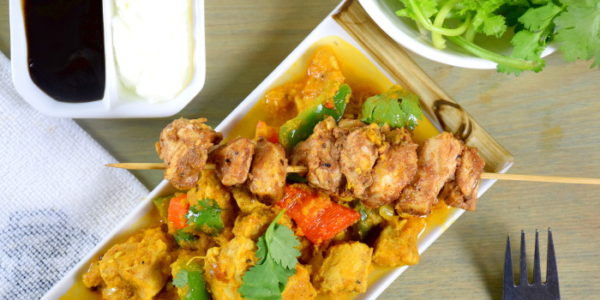 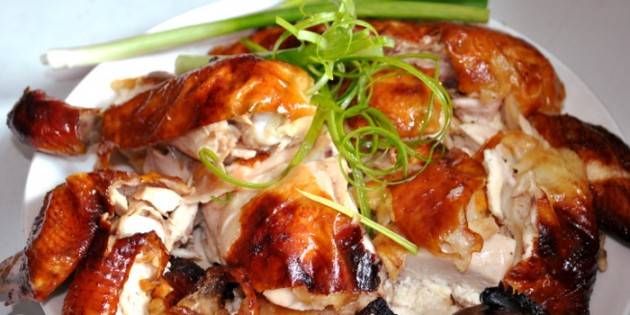 Next →
How to make the best Chinese roast chicken with super crispy skin
Click here to cancel reply.

Nicely written. Can't go wrong with a one pot dish. Great for a weeknight meal.

Hi Shani, Happy to know that you like it. Enjoy! KP Kwan

[…] flavor of herbs and spices since it is fried until nearly dry. If you have eaten rendang beef, butter chicken, chicken tikka masala or any other similar curries with gravy, you will find that Chicken Varuval […]

I don't understand how your son would be squeamish about butter chicken! I am 21 and was raised in Australia, and butter chicken is an absolute star, and staple, for anybody who loves and appreciates Indian cuisine! Fabulous recipe btw!

Love butter chicken, just as much as you do!

I've never heard of butter chicken before, which is surprising because my husband loves Indian cuisine. It is so interesting how it is typically made with leftover tandoori chicken. It seems like that would make it hard to replicate. I can give it a try, but maybe I should find a restaurant that serves this dish first so I know what it is supposed to taste like.

Thank you for sharing your amazing post and videos. I have tried your butter chicken and it was so easy to follow and yummy. Would like to try your other recipes too. So impressed and well done. Thank you once again.

Thanks for your compliment. I am glad that you like it. Do try other recipes, and let me know if you have any question.