Braised pork knuckle with fat choy, dried mushrooms, and dried oysters is an auspicious Chinese New Year dish for the Cantonese. The name in Cantonese is 橫財就手, has a symbolic meaning of ‘a windfall of good fortune’.

In just a few days, families worldwide will gather and celebrate the new year with a lavish feast, and there is no exception in our family. I have prepared this dish in advance because it is freezer-friendly.  It is even tastier after a day or two after the pork knuckle has completely absorbed all the flavor from the sauce.

I hope this pork knuckle will bring you good luck and wealth in the coming year.  Let me show you how to prepare this wonderful dish. It is our specialty for the Lunar New Year.

Blanching the pork knuckle is an effective way to remove the unwanted blood smell. It is an easy but essential step.

While blanching the pork knuckle helps removes the unwanted smell, frying it before braising develops additional flavor. It is usually deep-fried in the restaurant because it is an efficient method. However, deep-frying is not a practical method for home cooks. Therefore, I have changed it to shallow fry with less oil instead.

There are three dried ingredients for this dish: dried shiitake mushrooms, dried oysters, and black moss.

Dried shiitake mushrooms are packed with flavor. Rehydrate them by either soaking with water for half a day (or overnight). You can use hot water to reduce the soaking time to about two hours. Once they are soft, squeeze out the water and cut off the stem with a pair of kitchen scissors. You can include the mushroom stems if you are eating with your family or discard them if you are serving your guests.

Dried oysters are equally packed with umami like dried mushrooms. Soak them with water for 15 to 30 minutes or until they are soft. Clean each oyster with water to remove any sand and dirt.

Black moss (fat choy, 发菜) is an edible alga related to spirulina that resembles long strands of silky, luscious hair. It will rehydrate after soaking for ten to twenty minutes. Clean it carefully with water and is ready to use

Are dried foods safe to eat?

There are some concerns about the safety of the mushroom water and black moss.  Below is the information I have read.

The mushroom water. Some readers are concerned about the safety of consuming the water after soaking the mushrooms. A small amount of sulfites is added to it as a bleaching agent and preservatives, transforming into sulfur dioxide during processing. Excessive amounts of sulfur dioxide may cause dyspnoea, vomiting, and diarrhea, especially in asthmatic or allergic individuals.

Since the water after soaking the mushrooms has lots of flavors, I have decided to add it to the braising liquid. I believe our liver should have the ability to metabolize that trace amount and should not be hazardous to our health as long as it is not in a large amount. Anyway, you can read this article before deciding whether you want to use it.

Black moss. According to a Chinese University of Hong Kong’s study, black moss contains an amino acid beta-Methylamino-L-alanine (BMMA), which may affect normal nerve function.  However, this article also implies that it is Ok to consume in small quantities.

Black moss is an expensive item and is rarely consumed regularly except during the Chinese New Year. I think it should be fine as long as it is not in an excessive amount.

Disclaimer: I am a pharmacist but have not researched in great detail in this matter. Hence, this is only for your reference, not a piece of health advice.

Now we are ready to braise the pork knuckle. Here are the steps :

Note: You can use Hoisin sauce to replace chu hou sauce and regular sugar for rock sugar.

Since the dried mushrooms and oysters take less time to cook than the pork, they should be added to the wok after braising the pork for two hours.

6. Reduce the braising liquid to a thick sauce

Braised pork knuckle with black moss and dried mushrooms symbolize wealth and prosperity, a dish best to serve on the first or second day of Chinese New Year.

However, it is seldom served as a daily meal as these are expensive ingredients. Here are two similar but less complicated recipes that should fit into your regular dinner rotation.

Braised chicken with mushrooms. Quick, easy, and delicious. That is how my family described this recipe.  It is a freezer-friendly recipe and is a typical Cantonese home cook dish.

Chinese spareribs. A simplified version of this pork knuckle recipe, prepared with a similar set of herbs and spices. It’s the perfect choice if you want to try some different herbs from your regular rosemary, thyme, black pepper, and olive oil.

Ingredients A (blanch and fry the pork knuckle)

Blanch and fry the pork knuckle

Reduce the braising liquid to a thick sauce 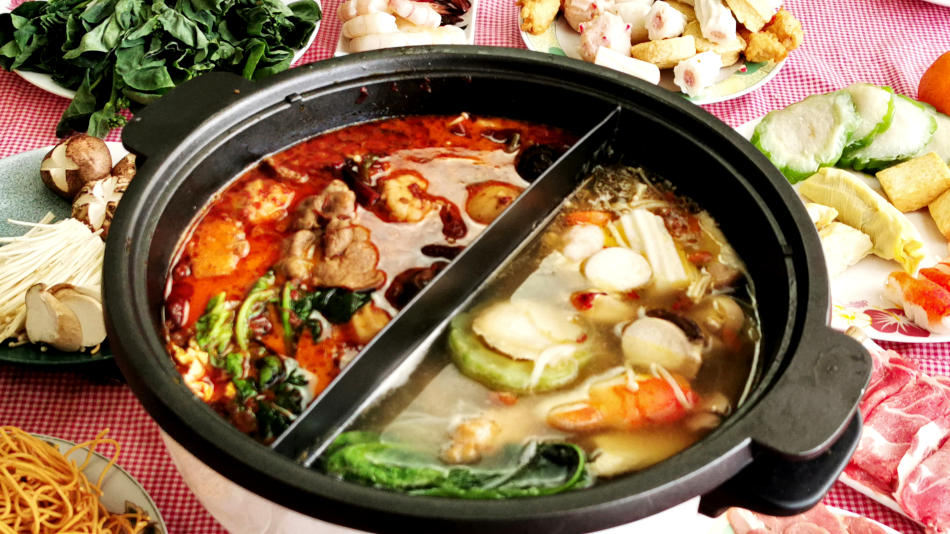 ← Previous
Chinese hot pot - How to make it (a detailed guide) 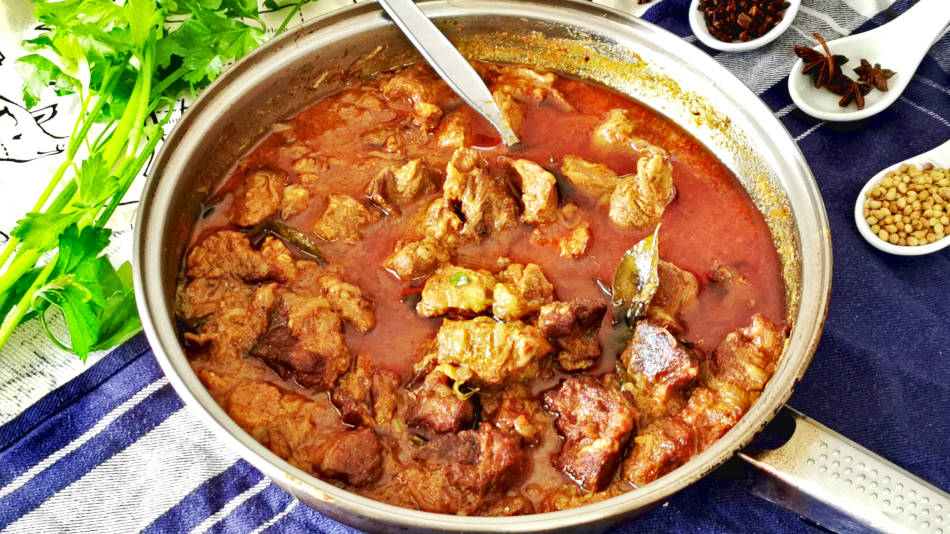 Happy Chinese New Year! I love all your yummy recipes. Is the free cookbook on this page yours? This braised pork knuckles looks so delicious. I can’t wait to try it. Thank you!

The cookbook is a collection of ten recipes that I wrote some time ago.

I'm a big fan of pork knuckle! My favorite way of making it, is pre-cooking first, then roasting in the oven on a base of onions and beer. Your recipe is way more advanced than that and I'm really tempted to try it... the problem is, I've never seen dried oysters being sold locally, is there a way to substitute this ingredient with something else?

There is no substitute for the dried oyster and black moss, and the taste is significantly different from the fresh one. I suggest you can try some Asian grocery stores or Chinese herbal medicine stores. If there is none, omit them and only use the dried mushrooms, which are easier to get.