Believe it or not, I only ate my first Scotch egg after I became an adult. Unlike people who stay in the UK, Scotch eggs are not something for a picnic, party or in the local pubs. Rather it is considered an exotic combination of egg and meat.

A Scotch egg is attractive no matter how you display it.  You can serve it alone, garnished or as part of a combo meal for afternoon tea, lunch boxes, and picnic. Before I started my food business, I was puzzled how to make the multiple layers of the eggs that are so beautiful and attractive.

It was long after my childhood before I decided to prepare my Scotch eggs now. I can’t think of any Asian food that I can associate to the unusual appearance of Scotch egg. Rather, I can relate Scotch egg to beef Wellington, although the taste and the presentation are entirely different. Despite the differences, the colorful layers, and oozing egg yolk when cutting and the egg has deeply engraved into my memory.

Scotch egg with a Japanese flavor

Certainly, my Scotch eggs are not the same as the original version from the UK. The thought of incorporating Asian flavor came about naturally. I try to visualize how I want the taste to be and utilizing ingredients that are locally available.

This recipe is a Scotch egg recipe with an oriental twist. Minced beef is used instead of sausage, and with soy sauce, Worcestershire sauce, and tomato ketchup. The meat is similar to the Japanese version of hamburger called Hambagu.

The eggs are prepared by the soft boiled method, to ensure the egg yolks are still runny even after deep-frying. The is like the Japanese soft boiled egg with custard-like texture.

It is more meaningful for me to create a new recipe rather than limited by traditional cooking styles. There is a feeling of satisfaction when I create something new. With this in mind, I tweak the original recipe and incorporate a Japanese flavor in it, and I called it Oriental style Scotch egg. It sounds a little ambiguous, but I’ll stick to it till I can think of a better name. The final formula I settle will not be anything British and Scottish.

The traditional Scotch egg consists of a hard-boiled egg wrapped with mashed sausage meat encased with breadcrumbs. In some variations, the cook will add some puddings to the sausage mixture. Since there is no fixed rule that I must use sausage, and good sausage is hard to get in where I live, I decided to substitute it with minced meat seasoned with soy and Worcestershire sauce. These ingredients are also the primary flavoring agent in Japanese hamburger which I posted earlier. I am confident that this combination of flavor will be well accepted by the locals and for those who like Asian flavor in other countries.

This is Scotch egg recipe with an oriental twist- flavored with soy sauce, Worcestershire sauce, and tomato ketchup.

I cook the egg just hard enough for me to peel off the shell while still holding the runny yolk at the center. The texture of the runny yolk is similar to those served with ramen. I deep fried the eggs until lightly golden brown, just like karaage and tempura. The eggs are served by nesting on a bed of carrot and daikon, and with kewpie mayonnaise as the dipping sauce.

Try this new Scotch egg recipe for your next party, afternoon and picnic. It takes only less than 20 minutes to prepare. Do let me know how it tastes like If you ever make it.

Note: I try to make it clear as much as I can.  Please read the following tips before attempting the recipe. 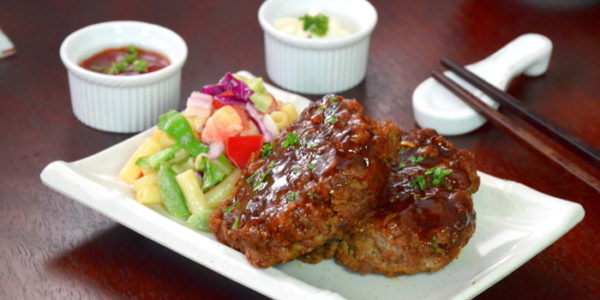 ← Previous
How to cook Japanese hamburger steak that makes you hungry 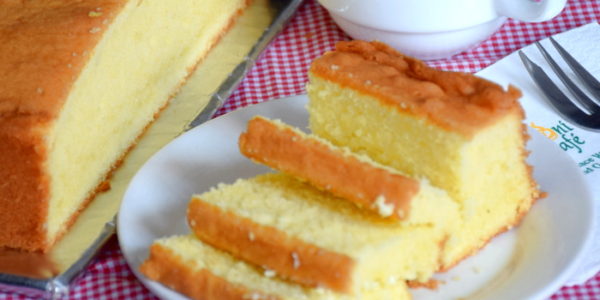 Next →
How to bake the best butter cake- a practical guide (part one)
Click here to cancel reply.

Just to let you know that I prepared your Scotch eggs a few days ago and we like them very much. The flavour of the meat layer is truly delicious! Your tip to use plastic sheets to fold the meat layer around the eggs was very helpful. The other essential tip - as you indicated - is to deep-fry the Scotch eggs in not too hot oil, certainly less hot than when I fry for example the battered pork of sweet & sour pork. With these tips in mind, your recipe is quite easy to prepare. Your dish got a well-earned place in our Asian recipe book and will be prepared many more times in the future! Thanks, KP!

Hi Fred, Thanks for your kind words, and glad to know that you like the scotch eggs. Cheers. KP Kwan

I plan to make these oriental Scotch eggs next week. I've never eaten Scotch eggs before, but after reading your recipe I definitely need to prepare them. I'll let you know the outcome afterwards.

FYI: You erroneously added "15 g Chinese five-spice powder" to the list of Ingredients B. It should be 15 g breadcrumbs. In your video the list of ingredients is correct.

Hi Fred, Thank you for pointing out the silly mistake. I have corrected it immediately. KP Kwan

Eggs are for breakfast only in North America and it never ends to amuse me the way people respond to the thought of using eggs for lunch,diner or appetizers

That is how food evolves in different places. For example, traditionally Chinese Dim Sum serves only for breakfast. Now there is one shop open only from 5 pm to 4 am nearby and is thriving. Amazing!

Hi KP, It's always a pleasure to read/try out your delicious, thoughtful recipes! I like Eggs Benedict but substitute the ham with spinach. I look forward to a breakfast egg creation with veges :-) Thanks!

Dear Sonia, Nice to hear from you. Egg Benedict is not forte, although I do know about it. However, eggs are enjoyable, especially for breakfast. I'll keep in mind making some delicious breakfast with eggs, but with some Asian flavor. Cheers! KP Kwan

Hi, this is KP Kwan. I am happy to see you in this comment area, as you have read through my recipe. I am glad to reply any questions and comments as soon as possible.